Social effects of the CCW 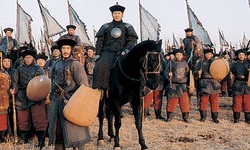 Warlords and Regionalism:
Warlords and regionalism were very prominent factors in China after the fall of imperial China in 1911. These warlords brutally implemented poor treatment of their peasants that lived on their land. Warlords divided up the country and regionalism created the “social and political conditions” of the CCW. The more the country divided, the more a larger following for unity came in place. The social conditions under the warlords were so poor that peasants would resort to supporting the CCP in hopes of improved conditions. As a result of the warlord era, both political parties, the CCP and the GMD, offered to fight for solutions to end warlords and regionalism, therefore changing and modernizing China.
Summary of Short Term and Long Term Social Effects:
The rise of the CCP led to national instability due to social unrest within China during Mao’s reign. In the short-term, China faced immense famine causing high death rates due to the lack of food. Many died of starvation because there was less farming and people depended on the government to provide for them. Mao tried to create a unified China by creating communes. Communes were big communities controlled by a leader appointed by Mao. This system was better for the people than a warlord, but it still did not solve problems socially or economically.
The short term effects caused great reform for China for long-term effects. After Mao’s death, the people reformed Maoism to a more general form of communism in order to help alleviate the famines. The people started providing for themselves again and the people of China were content with the decision of reform.
Page created by:
Danielle Miller
Katherine Campayo
Lea Jozefiak
Kevin Breslin
Abby Savidge
Carrie Filion
Powered by